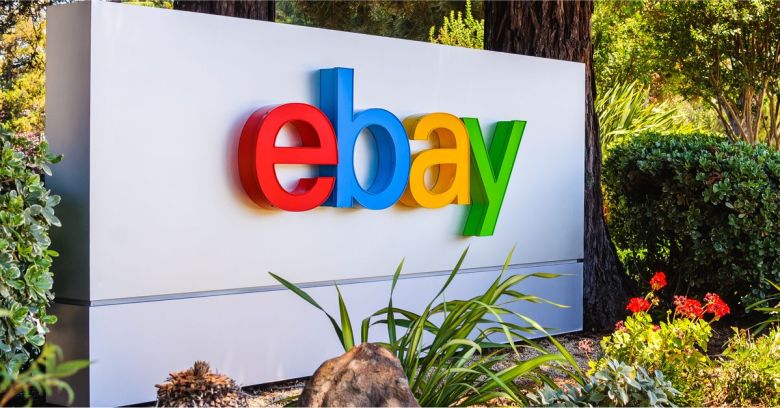 This is a Halloween mask depicting the face of a bloody pig:

It’s not pretty, but at least it doesn’t scurry. You can’t say the same for the other packages sent in a cyberstalking campaign allegedly orchestrated by eBay management and targeted at a Natick, Massachusetts couple who run an online e-commerce newsletter that’s sometimes critical of eBay.

On Monday, the office of Massachusetts US Attorney Andrew Lelling announced that six former eBay employees have been charged with “aggressive” cyberstalking of the couple, including some of them coming up with an excuse to fly in to Boston in order to rent a van and drive out to Natick to conduct covert surveillance.

The criminal complaint is sealed. But according to a redacted affidavit filed by FBI agent Mark Wilson, the victimized couple are the editor (she/her) and publisher (he/him) of an online newsletter that covers e-commerce companies, including eBay.

Members of eBay’s executive leadership team followed the newsletter’s posts, and they were none too happy with its content, as court documents describe. Same goes for the anonymous comments left on the editor’s stories: one May 2015 comment called eBay execs a bunch of “liars” and “thugs” who should be jailed. A May 2017 comment called one of the eBay executives – identified as Executive 1 in court documents – as “the devil”, and an April 2018 comment called that same executive “delusional.”

In August 2019, the newsletter published an article about litigation involving eBay. The story was about how eBay had filed suit against Amazon, saying its managers had directed dozens of workers to illegally use eBay’s private messaging system to solicit sellers onto Amazon’s platform.

That, apparently, was the last straw. After the newsletter’s article about the suit was published, two members of eBay’s executive leadership team allegedly started swapping text messages suggesting that it was time to “take down” the editor. The exact wording: it’s time to “burn her to the ground.” Here’s a copy of a text conversation between James Baugh, eBay’s former Senior Director of Safety and Security, and an eBay exec identified in court documents as “Executive 2”:

Baugh, 45, of San Jose, Calif., was arrested on Monday and charged with conspiracy to commit cyberstalking and conspiracy to tamper with witnesses. David Harville, 48, of New York City, eBay’s former Director of Global Resiliency, was also arrested Monday morning in New York City on the same charges.

Also named in the complaint are:

As the affidavit tells it, Baugh, Harville, Popp, Gilbert, Zea, Stockwell, and others responded to the “burn her to the ground” order by executing a three-part harassment campaign.

Step 1: send her the fetal pig, et al. According to the FBI’s confidential, anonymous witnesses, the disturbing packages were inspired by a clip from a 1988 movie, Johnny Be Good, in which two friends arranged for the delivery, to their football coach’s home, of “unwanted and distracting items and people,” including $283 in pizzas, an elephant, a male stripper, a roach exterminator in full space suit gear, and Hare Krishna missionaries, all of which arrive at the same time.

(By the way, If these allegations prove true, they point to the likelihood that eBay’s security and intelligence departments don’t read Naked Security. We could have told them that a VPN doesn’t magically improve security. All it really does is to make your VPN provider into your new ISP – your “first hop” on the internet. That first hop is the one place where a single provider gets to see all your traffic, whether it’s encrypted or not. You need to trust your VPN provider. A lot. They don’t always deserve that trust, though.)

If the distraction campaign didn’t work, Baugh allegedly said during a meeting, he’d send a Samoan gang to the victims’ house. He showed his colleagues a photo of what he said was the gang: a group he described as not being “good guys.” Whatever happened then would be “out of his control,” Baugh allegedly said.

The second part of the harassment campaign was to send private Twitter messages and public tweets criticizing the newsletter’s content and threatening to visit the victims in Natick. Baugh, Gilbert, Popp and another eBay security employee allegedly planned the messages to become increasingly disturbing, culminating with doxing the victims’ home address. They allegedly set up a Twitter account named @Tui_Elei to send the messages and used a skull for the profile.

Baugh allegedly told some in the group that Executive 2 supported all this, forwarding a message in which the executive complained about a commenter named Fidomaster and ‘the [Newsletter] gal,” suggesting that eBay should do “Whatever. It. Takes” to address them:

Then, the group allegedly planned to have Gilbert – a former Santa Clara police captain – approach the victims with an offer to help stop the harassment that the defendants were allegedly, secretly causing, in an effort to promote good will towards eBay, generate more favorable coverage in the newsletter, and identify the anonymous commenters.

According to the complaint, Harville and Zea registered for a software development conference to explain a trip to Boston on 15 August, 2019. From Boston, Baugh, Harville, and Zea (and later Popp) allegedly drove to the victims’ home in Natick several times, with Harville and Baugh intending at one point to break into the victims’ garage and install a GPS tracking device on their car.

In case they were stopped by local police, Baugh and Harville allegedly carried false documents purporting to show that they were investigating the victims as “Persons of Interest” who had threatened eBay executives. The victims spotted the surveillance, however, and told Natick police they were being followed. The police investigated, finding that Zea had rented one of the cars used by the defendants. The investigators reached out to eBay for assistance.

At one point, Baugh, Gilbert, Popp, and Stockwell allegedly plotted to fabricate another eBay “Person of Interest” document that could be offered to the police as a lead on some of the harassing deliveries. As the heat closed in, with police and eBay’s lawyers continuing to investigate, the defendants allegedly deleted digital evidence that showed their involvement, further obstructing what had by then become a federal investigation. A discussion between Baugh and Harville:

The charges of conspiracy to commit cyberstalking and conspiracy to tamper with witnesses each carry a sentence of up to five years in prison, three years of supervised release, a fine of up to $250,000 and restitution. Maximum sentences are rarely handed out, though.

Lelling called the cyberstalking campaign a “determined, systematic effort of senior employees of a major company to destroy the lives of a couple in Natick, all because they published content company executives didn’t like.”

CBS asked Lelling if further charges are in the works. One would imagine so, given that two unnamed executives are included in the complaint who had roles higher than Baugh’s. Lelling responded by saying that the investigation is “active and ongoing”.

The defendants weren’t just a few bad apples, Lelling said, given how high up in the company the orders were allegedly coming from:

I don’t think I would characterize the conduct as rogue, because as seen in the complaint, the directive to do something about this goes pretty high up the chain within eBay.

eBay told CBS that it was notified in August 2019 about the alleged conduct of its employees and launched a “comprehensive investigation.” It fired all of the involved employees in September 2019.

An independent special committee formed by eBay’s Board of Directors said this in a statement:

eBay took these allegations very seriously from the outset. Upon learning of them, eBay moved quickly to investigate thoroughly and take appropriate action. The Company cooperated fully and extensively with law enforcement authorities throughout the process. eBay does not tolerate this kind of behavior. eBay apologizes to the affected individuals and is sorry that they were subjected to this. eBay holds its employees to high standards of conduct and ethics and will continue to take appropriate action to ensure these standards are followed.

Former eBay CEO Devin Wenig’s role has come into question during the investigation. Wenig resigned in September 2019, citing disagreements with the company’s board as it sought to overhaul the business.

eBay says that its internal investigation found that, while Wenig’s communications were “inappropriate,” the alleged crimes couldn’t be traced to him:

There was no evidence that he knew in advance about or authorized the actions that were later directed toward the blogger and her husband.

“However,” eBay said, as it previously announced, there were “a number of considerations leading to his departure from the company.”