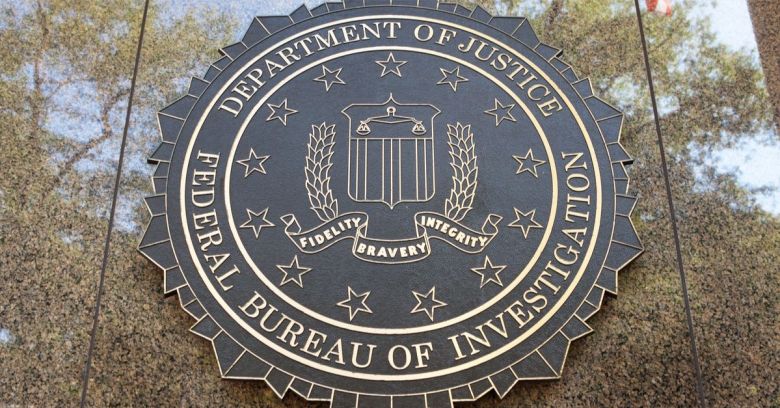 On the afternoon of 30 May, as in other US cities, all hell broke loose in Philadelphia as peaceful Black Lives Matter (BLM) protests turned into the smashing of store windows, looting, and arson, including the torching of two Philadelphia Police Department (PPD) cars.

On Wednesday, a 33-year-old Philadelphia woman was charged with allegedly torching those cars after the FBI tracked her down via a slew of online clues that shows how findable we all are, be we criminals or somebody to be marketed at or tracked.

Namely: her protest T-shirt, which the FBI matched to one sold on the Etsy online marketplace; social media handles; a tattoo of a stylized peace sign on her right forearm; and a Vimeo video that shows a woman matching her description who removed a flaming piece of wooden police barricade from one car and shoved it through the window of another.

It’s worth noting that the FBI and the National Institute of Standards and Technology (NIST) have a tattoo recognition program called Tatt-C (also known as the Tattoo Recognition Challenge) that involves creating an open tattoo database to use in training software to automatically recognize tattoos. However, the FBI didn’t mention using that database, or its vast wealth of facial images, to find the alleged arsonist.

It sounds like investigators didn’t have to resort to anything as fancy as that. The clues that led to a suspect were far simpler to find. Investigators allege that the arsonist was 33-year-old Lore-Elisabeth Blumenthal of Philadelphia.

According to an affidavit filed by FBI special agent Joseph Carpenter, on the same day of the protest and ensuing riot, he viewed a live, aerial news feed from a helicopter that was covering the fire that engulfed the first car.

The video shows a white female in a blue T-shirt and jeans, wearing a brown/green backpack, grey gloves, a multi-colored mask, and black boots. She entered from the top of the frame, grabbed a flaming piece of barricade, and then used it to set the second car on fire. Carpenter says that within minutes, the second car – an SUV – was completely engulfed in flames.

Carpenter said in the affidavit that he next looked for a copy of live news feed footage taken by Philadelphia’s FBI. The FBI’s Philadelphia Public Affairs Officer (PAO) couldn’t find the news clip through open-source methods, but Carpenter says he was able to find a similar aerial clip that depicted the same scene with the white female. He said that the FBI’s video freezes right when the woman grabs the flaming wood, enabling agents to determine her race, gender, clothing, and accessories.

A few days later, the Department of Homeland Security sent over a video that its agents had found on Vimeo. Carpenter says that the Vimeo video shows exactly what the other videos showed: a white woman setting a police SUV on fire.

The next stop on Carpenter’s internet search for the arsonist took him to Instagram. He found images of a female as she was throwing a flaming object towards the first car – a sedan – to be ignited. The Instagram account owner gave the bureau more photos that he’d taken on the same day. Several depicted what looks to be the same woman, throwing a flaming object at a police car that’s been graffitied.

One of the photos showed the woman moving away from the sedan after it was set on fire. The image shows her carrying the same backpack as the videos:

Magnifying and cropping the image showed a tattoo of a stylized peace sign on her right forearm. The FBI went on to obtain about 500 photos from an amateur photographer who was documenting the protest and riot. Some of the photos show the woman without the multicolored mask on her face that she’s wearing in videos and other photos. One photo, taken head-on, showed that she’s wearing goggles and a T-shirt with this inscription:

KEEP THE IMMIGRANTS, DEPORT THE RACISTS

The photo also shows her wearing protective gloves that Carpenter said are known to be flame-retardant gloves. That’s yet another indication that the woman depicted in these images had what he said are “intent and planning to engage in activities that could potentially hurt her hands and/or eyes, including arson.”

Those are the clues and where the FBI found them. The next step was to find out who this woman was.

How do you ID somebody based on a T-shirt?

The FBI tracked down the woman’s T-shirt: it’s sold on the Etsy marketplace for homemade and other items. You can find T-shirts with the same inscription on Amazon, but there was one in particular on Etsy that matched the font and style of the writing on the T-shirt of the alleged arsonist. From the T-shirt listing, the FBI checked out the comments left by purchasers of the T-shirt. One of them, left on 24 March, was from a user who gave a 5-star review, saying that the shipping was fast – “thanks very much!”

That user profile was publicly available and showed that the user was located in Philadelphia. The user name from the Etsy profile’s URL displays as “alleycatlore.” Carpenter says that the next step was to search online for the user name, which led the investigators to a user on Poshmark – a mobile fashion marketplace built around real-time social experiences – who had a display name of “lore-elisabeth.”

Searching on “Lore Elisabeth” in Philadelphia returned a website and LinkedIn profile for somebody with the name “Lore Elisabeth” who’s apparently a massage therapist. The company she works for has videos posted, one of which shows a woman with a tattoo on her forearm that appears to match that depicted in photos and videos of the arsonist.

The massage company’s site had a phone number for a Lore Elisabeth, which in turn led to an address, a date of birth, and a Department of Motor Vehicles photo of Blumenthal. Meanwhile, the Etsy seller gave the investigators details of the user, who purchased two T-shirts: one small, hot pink shirt, and one medium, light blue: the color T-shirt worn by the arsonist.

We are all very findable

TL;DR: A long trail of breadcrumbs led to the alleged arsonist. We should all recognize these crumbs, because many of us leave them every time we go online or walk out the door.

When we engage in social media, we leave those crumbs. When we have our images frozen in videos and photos by surveillance cameras, law enforcement and amateur photographers, we leave more crumbs. Ditto for when those images wind up posted to social media photo-sharing sites. Have a car registered in your name? A driver’s license with your photo and address on it?

They’re all breadcrumbs. When law enforcement wants to find a suspect, it knows where to find those trails.

If Blumenthal is convicted of arson, she’ll be looking at a maximum possible sentence of 80 years in prison followed by three years of supervised release, and a fine of up to $500,000. Maximum sentences are rarely handed out, however.