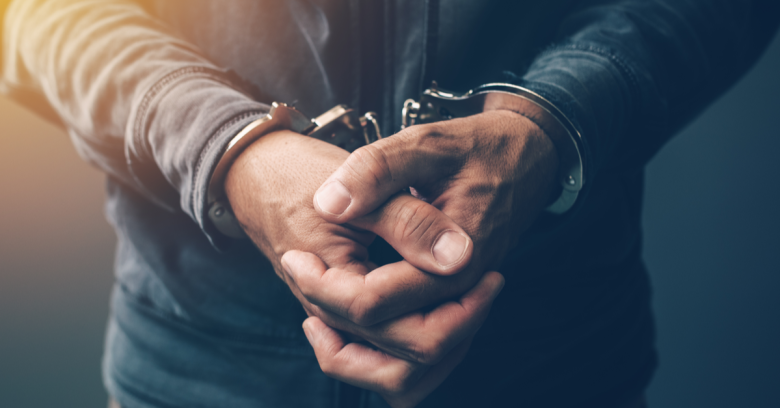 The coder who created the massive Satori botnet of enslaved devices and a handful of other botnets will be spending 13 months behind bars, the US Attorney’s Office of Alaska announced on Friday.

Kenneth Currin Schuchman, 22, from Vancouver, Wash., spent years developing distributed denial-of-service (DDoS) botnets. In September 2019, he pleaded guilty to operating the Satori botnet, made up of IoT devices, and at least two other botnets; to running a DDoS-for-hire service; to cooking up one of the evolving line of botnets while he was indicted and under supervised release; and to swatting one of his former chums, also while on supervised release.

Satori did massive damage: it and its iterations would be unleashed in record-setting DDoS attacks that enslaved more than 800,000 devices – things like home routers, security cameras and webcams – and flattened ISPs, online gaming platforms and web hosting companies.

Schuchman worked with two criminal colleagues: “Vamp”, also known as “Viktor,” and “Drake”. The recently unsealed indictment reveals the names and locations of the two men who were sometimes his friends, sometimes his competitors and targets. Vamp is actually Aaron Sterritt, a national from the UK, while Drake turns out to be Logan Shwydiuk, a Canadian national.

They initially lifted code from the Mirai botnet to cook up their botnets, but over time, they added additional features, making the botnets ever more complicated and devastating. The botnets they spawned out of Mirai were known over time as Satori, Okiru, Masuta, and Tsunami/Fbot. Schuchman and his pals not only used this line of increasingly devilish botnets themselves; they also rented them out to customers as a DDoS-for-hire service.

DDoS-for-hire, also known as stressers or booters, are publicly available, web-based services that launch server-clogger-upper attacks for a small fee … or, sometimes, for nothing at all.

Such services have included ExoStresser, QuezStresser, Betabooter, Databooter, Instabooter, Polystress, and Zstress. DDoS-for-hire sites sell high-bandwidth internet attack services, sometimes under the guise of “stress testing” – hence the name stresser. Some of these services also try to pass as legitimate by calling themselves a “penetration testing service”.

DDoS attacks are blunt instruments that work by overwhelming targeted sites with so much traffic that nobody can reach them. They can be used to render competitor or enemy websites temporarily inoperable out of malice, lulz or profit: as in, some attackers extort site owners into paying for attacks to stop.

One example is Lizard Squad, which, until its operators were busted in 2016, rented out its LizardStresser attack service. LizardStresser was given a dose of its own medicine when it was hacked in 2015.

In August 2018, the trio named one of their botnets Satori. That one built on Mirai by targeting devices with Telnet vulnerabilities. It also used an improved scanning system that was borrowed from another DDoS botnet, Remaiten. Mirai would go on to compromise 100,000 devices.

The conspirators unleashed this version of Satori on a range of victims in the US, including a large ISP, popular online gaming services, prominent internet hosting companies, and hosting companies specializing in DDoS mitigation.

In late 2017, the trio, along with other co-conspirators, made yet more improvements to Satori, which they rechristened “Okiru.” They used Okiru to compromise vulnerable devices, including exploiting flaws in customized versions of GoAhead web servers embedded in wireless surveillance cameras.

Around January 2018, Schuchman, Drake and others merged elements of Mirai with those of Satori in order to target devices largely based in Vietnam, in order to expand the merged botnet further still.

The refinement of the botnet continued: by March 2018, the improved botnet came to be called by the names Tsunami and Fbot. Mostly comprised of GoAhead cameras, the botnet infected up to 30,000 more devices and was used to attack gaming servers, including gaming server provider Nuclear Fallout.

Also in October, he used some of the data that turned up in a legal discovery to figure out where Drake was located so that he could swat him. The swatting involved a fake 911 call about a purported hostage situation at Drake’s house, triggering a “substantial law enforcement response,” according to court documents.

Schuchman was facing a maximum penalty of 10 years in prison and $250,000 in fines, but it’s not surprising that he’s only looking at 13 months: the recommended sentence agreed to by prosecutors called for penalties “at the low end of the guideline range.”

According to The Daily Beast, Schuchman has Asperger’s syndrome, which might also have been taken into account during his sentencing.