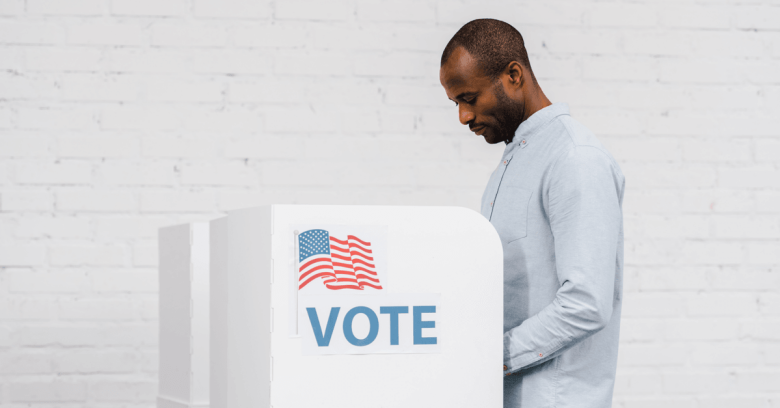 You don’t have to pay to vote in the US.

Up until recently, you wouldn’t have necessarily known that, were you to have run a Google search for how or where to vote. Such a search would have been polluted with ads like this one offering “same-day processing” of voter registration for $129:

That ad, which directs to a site from PrivacyWall.org, is the first ad in a Google search for “register to vote” that was run in an analysis done by watchdog Tech Transparency Project (TTP). On Monday, after it got called out by TTP, Google removed that kind of ad from search results.

PrivacyWall’s CEO Jonathan Wu told Reuters that its service makes it easier for voters to register online without giving more data than is necessary, and that it doesn’t share data for any purpose other than voter registration.

Wu defended the $129 charge, saying that the fee covered mail, staffing and other costs.

Our goal is to create choice where none may exist. In order to make this possible, we charge consumers a fee which is clearly disclosed.

We will not let Google arbitrarily thwart our efforts to protect consumer privacy and to increase voter turnout.

TTP found that nearly one-third of the ads that appeared when its analysts searched on the terms “register to vote,” “vote by mail,” and “where is my polling place – 189 out of 613 – directed users to sites that tried to extract personal information for marketing purposes, to install deceptive browser extensions, or to “bombard people with misleading or useless ads.”

Personally identifying information (PII) captured during registration includes political party, name, home address, date of birth, the last four digits of your Social Security Number (SSN), taxpayer ID, and a photo ID such as driver’s license, passport or national ID. In other words, plenty of bait for the phish hook.

Finally, you get this great, money-saving “deal”: if you’re not in a rush, “delivery” only costs $69. It would be tempting, were it not $69 more than the $0 you need to spend to register to vote.

That’s not exactly what you’d expect from a company like Google, given its commitment to “protect our users from harm and abuse, especially during elections,” TTP pointed out.

None of this is kosher. Google’s ad policies prohibit misrepresentation, collecting user data for unclear purposes, and unwanted software. TTP says that the ads it sniffed out may also run afoul of Federal Trade Commission (FTC) regulations banning “unfair or deceptive advertising.”

A Google spokeswoman told Reuters that it hasn’t figured out how the ads got through its approval process, which uses a combination of automated and manual review:

We have strict policies in place to protect users from false information about voting procedures, and when we find ads that violate our policies and present harm to users, we remove them and block advertisers from running similar ads in the future.

TTP’s report pointed out that recent changes for how Google features its search ads made it tough to distinguish ads from organic search results. In January, Google started to use the same type face and color scheme for ads as for search results, distinguishing the ads only with a little “Ad” icon and enabling ads to stealthily creep into search results.

All of a sudden, people who had never clicked on ads were suddenly, mistakenly clicking on those sneaky little things. Users were not pleased.

Amanda Goetz, vice president of marketing at the Knot Worldwide, a wedding planning group, told the New York Times that Google’s redesign, in which ads and organic search results shared font size, spacing and color, was a “transition to this almost deceptive dark pattern.”

It was an odd choice, the NYT suggested, given recent data privacy and government antitrust probes of the search behemoth.

Designing the ads to be chameleons that blend in with search results isn’t surprising, of course. Google is forever tinkering with its ads design. It is, after all, a company that runs on ads. As the NYT pointed out, Google once tested 41 shades of blue to find which one users liked best.

Fortunately, Google apparently moved fast to strip out the scammy, misleading voting ads. It had no choice, really: doing otherwise would have bucked the trend of the internet companies that have moved to protect elections and would undercut its own pledges to protect elections: in February, it pledged to offer voters “quality, authoritative information” on its search engine, among several other initiatives for the 2020 presidential elections. It also stopped allowing political organizations to micro-target citizens based on their online activities when they buy ad space on Google and YouTube.

Facebook, for its part, has introduced new election security measures, including a promise to increase transparency by showing the confirmed owner of a Page and by labeling state-controlled media on their Page and in the platform’s Ad Library.