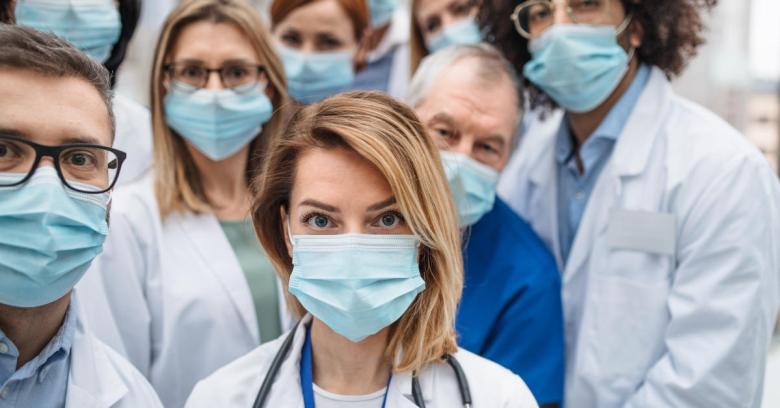 You’ve probably heard or seen the news that the US CISA issued an alert this week with the unassuming identifier AA20-302A.

CISA is short for Cybersecurity and Infrastructure Security Agency, and the AA20-302A report was a joint alert from CISA, the FBI and the HHS (US Department of Health and Human Services).

Of course, you won’t have seen news headlines that used that codename.

Like sofware bugs, which might officially be denoted by a harmless sounding tag like CVE-2014-0160 but known in real life as Heartbleed, the text in the title of AA20-302A is much more worrying:

The bulk of the report is well worth studying if you haven’t been keeping up with recent history of ransomware, because it describes a common malware attack combination in useful detail.

You can also bone up on how ransomware attacks commonly unfold these days by consulting these recent articles:

Is this all about healthcare?

CISA’s warning was put out specifically because:

What’s vital to bear in mind, however, is that this report is not a sign that you are suddenly less likely to get hit if you are in any other industry sector.

It’s not an judgment on, or an indictment of, cybersecurity in the healthcare industry, and it definitely doesn’t imply that the rest of us are in fine cybersecurity shape simply because we’re in a different business.

Although it’s a warning that’s tailored for the healthcare sector, the report is nevertheless relevant to all of us, and we can all learn from it.

Sure, some of the items in the AA20-302A report are specific to healthcare, such as contact details for cybersecurity bodies in the healthcare sector, and specific advice about security “hardening” on medical devices, which operate under a special regulatory mechanism.

(Flashing your own firmware tweaks on your home router or your Android phone is one thing; altering the firmware on regulated equipment such as ventilators or anaesthetic monitors is quite another.)

But we think you should read the CISA’s report even if you aren’t in healthcare.

…heck, read the report even (perhaps especially!) if your own industry sector is IT or cybersecurity itself.

Ransomware attacks in their modern form – where your files get scrambled and the crooks blackmail you to pay a “fee” for the decryption key, of which they have the one and only copy – have evolved dramatically in recent years.

At first, starting in about 2013, ransomware criminals did massive spam runs that aimed to infect thousands or tens of thousands of people at a time and to demand an affordable yet painful sum from every individual victim, typically $300 to $2000.

By about 2017, the ransomware game began to shift to human-led attacks where the criminals would attack hundreds or thousands of computers at a time, all belonging to the same company.

This meant the crooks only needed to negotiate with one victim at a time (or a handful at most), but had much more leverage, assuming that many or all of the victim’s computers – typically including their servers – were at a simultaneous standstill.

Ransom demands quickly rocketed up to five digits, with the infamous SamSam ransomware gang apparently picking $50,000, or just below it, as a sweet spot.

We don’t know why they chose $50,000 – perhaps they thought that many IT departments would be able to pay up that sort of money without consulting the board or going through a complex approval process.

One reason the crooks are making such outrageous demands these days is that they aren’t just scrambling files and leaving you stuck if you have no backups.

(By the way, the crooks go out of their way to find any online backups you’ve got so they can obliterate them before they launch the ransomware encryption process, thus making self-recovery harder.)

Sadly, the criminals are now taking the time to riffle through your files first, locating your so-called trophy data – business plans, financial accounts, internal emails, personal information about customers and employees, data covered by regulations such as GDPR, HIPAA and so on; anything that could damage your business deeply if it were to leak out.

The attackers then steal your data before scrambling it, and threaten to reveal it to the world – to your customers, your shareholders, the media, your competitors, the relevant regulators – if you don’t pay.

The crooks are not only extorting you to get your business moving again in the short term, but also blackmailing you to save yourself from potential data breach doom in the long run.

Don’t take this latest FBI warning as an indication that things have cooled off for everyone else, just because the heat has been turned up for the healthcare sector.

Ransomware is very often just the end of an lengthy attack chain, and the criminals who unleash it may have spent days or weeks in your network first.

During this period they will very likely spend time:

So here is our advice on what to look for and how to prepare:

Never put off until tomorrow those curious malware reports you could investigate today!

3 comments on “FBI “ransomware warning” for healthcare is a warning for everyone!”