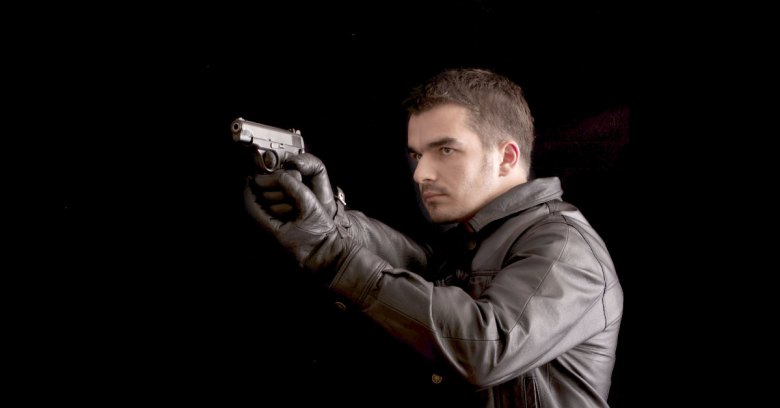 In a brief yet fascinating press release, Europol just announced the arrest of an Italian man who is accused of “hiring a hitman on the dark web”.

The hitman, hired through an internet assassination website hosted on the Tor network, was paid about €10,000 worth in Bitcoins to kill the ex-girlfriend of the suspect.

Heavy stuff, though Europol isn’t saying much more about how it traced the suspect other than that it “carried out an urgent, complex crypto-analysis.”

In this case, the word crypto is apparently being used to refer to cryptocurrency, not to cryptography or cryptanalysis.

In other words, the investigation seems to have focused on unravelling the process that the suspect followed in purchasing the bitcoins used to pay for the “hit”, rather than on decrypting the Tor connections used to locate the “hitman” in the first place, or in tracing the bitcoins to the alleged assassin.

Fortunately (if that is the right word), and as we have reported in the past, so-called dark web hitmen often turn out to be scammers – after all, if you’ve just done a secret online deal to have someone killed, you’re unlikely to complain to the authorities if the unknown person at the other end runs off with your cryptocoins:

Nevertheless, no victim targeted for murder via the dark web is ever going to take much comfort in the fact that their proposed assassin “might not have been real.”

And no one who is convicted of spending €10,000 on soliciting what they expect to be a murder can expect much sympathy from the court just because the hitman “could have been fake.”

Intriguingly, hitmen-for-hire were a feature of what is perhaps the best-known dark web investigation and prosecution ever – the arrest and conviction of Ross Ulbricht, founder and operator of the Silk Road online bazaar.

According to a US Department of Justice press release issued in early 2014:

Using the online moniker “Dread Pirate Roberts,” or “DPR,” Ulbricht controlled and oversaw every aspect of Silk Road, and managed a small staff of paid, online administrators who assisted with the day-to-day operation of the site. Through his ownership and operation of Silk Road, Ulbricht reaped commissions worth tens of millions of dollars […] Ulbricht even solicited six murders-for-hire in connection with operating the site, although there is no evidence that these murders were actually carried out.

One of those “hitmen” was, apparently, an undercover cop, but Ulbricht was never charged for this alleged hiring-of-hitmen activities.

There were more than enough serious charges against Ulbricht anyway, for which he received two life-means-life jail terms plus an extra 20 years.

It’s hard to know how to offer advice in a case like this, where the fact that the suspect was not as anonymous as they had hoped turned out to be a very good thing, given the enormity of the allegations against him.

However, there are many perfectly legitimate reasons why you might want to use something like the Tor Browser, even if your purpose for being pseudo-anonymous online is as simple as wanting to browse the web without being tracked and traced as much as usual.

Just remember – as this case and the case of Ross Ulbricht remind us – that online anonymity only goes so far.

So, if you plan to use Tor for legitimate purposes, make sure you RTFM first, as we advise in the video above, lest you inadvertently make yourself more of a target for online crooks than before.