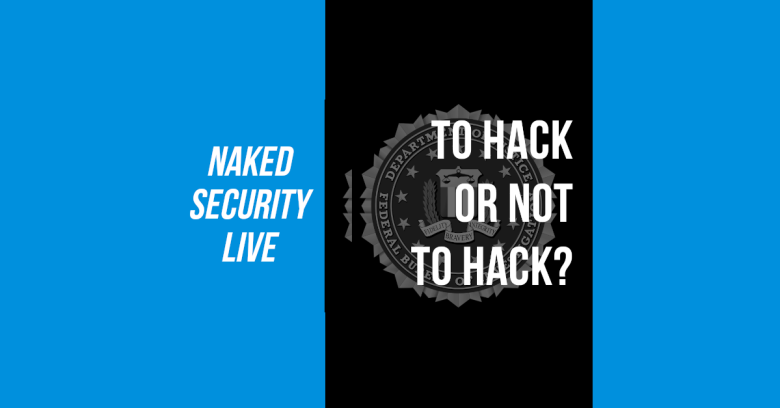 We investigate the controversy that was stirred up recently when the FBI in the US used malware to fight malware.

The Feds accessed remote access webshells left behind after the recent Hafnium attacks to remove the webshells themselves, after a court order said they could.

As helpful and as community-minded as this sounds, not everyone agreed that it was a good idea:

Watch directly on YouTube if the video won’t play here.
Click the on-screen Settings cog to speed up playback or show subtitles.

Why not join us live next time?

2 comments on “Naked Security Live – To hack or not to hack?”