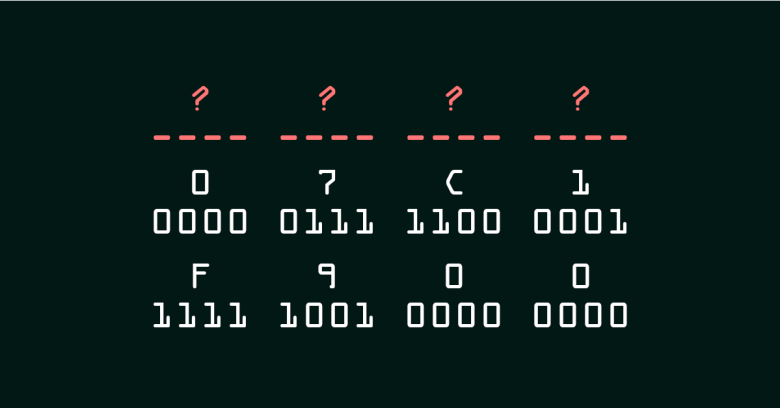 Regular readers of Naked Security will know that one of the truisms we like to trot out about cybersecurity is the wryly self-contradictory reminder that you should “Never say never.”

Indeed, when it comes to programming, the only time that you should ever say, “This will never happen” is if you can show formally, for example with an accepted mathematical axiom or a proof, that it will quite literally never happen because it can’t.

For example, when a C compiler looks at this code…

…and warns you that your while loop will never terminate, it really can and should use the word never.

A variable declared unsigned can, by definition, never be negative and therefore the “conditional” expression i >= 0 isn’t conditional at all: it can be replaced by the constant 1, or TRUE, and can literally never be FALSE.

But there are many other programming cliches where coders ignore errors that might happen in theory, often for one or more of these reasons:

Examples include: assuming that occasional and short-lived allocations of tiny amounts of some abundant system resource will always succeed; assuming that two processes will never accidentally choose the same random filename; and assuming that 640KBytes of memory should be enough for anyone.

Another example, perhaps the one that best supports the motto simply never to say never, is assuming that two digits is enough to store the year, so that you can just write 83 instead of 1983, or 21 instead of 2021, and nothing bad will ever happen.

How much do shares cost?

So, with memories of Y2K firmly in mind (or stories of it, if you’re young enough ), let’s play a game.

What’s the largest value in US dollars that a single share, in any publicly traded company anywhere in the world, could ever reach, and then some?

In other words, if you had to pick an amount that would safely encompass the value of any share you needed to report upon, now and in the lifetime of your program, how high would you go, and then how much safety margin would you build in for the future?

After all, many hugely wealthy and successful companies have stock prices well below $10,000, because they want to avoid having share prices that are out of reach of all but the biggest investors.

They therefore deliberately reduce the price per share without changing the value of the company by using “stock splits” to convert, say, 1 share costing $1000 into 5 shares of $200 each.

The idea is much the same as asking a bank teller to give you five $20s instead of one $100 – the total amount is the same but the lower value of the bills makes them easier to use in stores.

But you may be surprised just how high some individual share prices are.

You could get away with using a 32-bit unsigned binary integer, often referred to as a DWORD, short for double word, where a WORD is 16 bits, or two bytes.

DWORDS can store 232 different values starting at zero and ending at 232−1 (the “minus one” comes from the fact that you need to start counting at zero, which uses up one of the possible values).

And 232−1 = 4,294,967,295, which assembler programmers will tell you off the top of their heads, although they cheat by using base 16 (hexadecimal), where the value just happens to come out as the easily-remembered 0xFFFFFFFF (the 0x prefix is C shorthand that denotes hexadecimal).

Of course, most computers these days happily and efficiently handle 64-bit integers in calculations, but they consume eight bytes each, and given that Lindt and Next are amongst the priciest shares you can buy right now, more than half the bits in every share price you stored would in theory be wasted if you went for 64 bits instead of 32.

So, coders at Nasdaq apparently settled (probably years ago, when 232 was still considered a huge number, and 4GByte of RAM was still a truly enormous amount) on 32-bit numbers to store their share prices in 1/100ths of a cent.

The problem, however, is that the most expensive individual share you can buy right now is not Next or Lindt, but BRK-A, the ticker abbreviation for Warren Buffett’s famous Berskshire Hathway Inc.

Let’s do that in binary, so you can see that this value needs a 33-bit number, and won’t fit into 32 bits any more:

If we failed to check for that integer overflow into the 33rd bit and just used the bottom 32 bits of the result without realising that our calculation was no longer valid, the BRK-A price would have turned out as 0x07C1F900 instead:

The New York Stock Exchange (NYSE), on which BRK-A shares are actually listed, doesn’t seem to store its prices the same way as Nasdaq, and therefore wasn’t affected by the BRK-A price climbing to $429,497 and beyond.

Nevertheless, Nasdaq provides stock price reports for lots of exchanges, and if it had suddenly started pricing BRK-A at a tiny fraction of its real value, it would have created at least some confusion and trouble, if only for Nasdaq’s PR team.

The good news, however, is that Nasdaq simply stopped reporting the BRK-A price until it had introduced a fix (or at least a workaround) for this issue, thus turning what would have been a bug causing misinformation into a problem causing an outage.

Make sure you do the same in any code you write.

When it comes to cybersecurity, a program that knows it has gone wrong and deliberately stops saying anything at all can be considered much better behaved, and therefore more correct, than software that cheerfully and confidently reports incorrect data in blissful ignorance and ends up misleading you.

Your code should carefully check for possible problems not only when errors are likely but also, perhaps especially, when those errors are unlikely.

Your code review process and testing need to take this into account, too.

Never, in a word, say never.