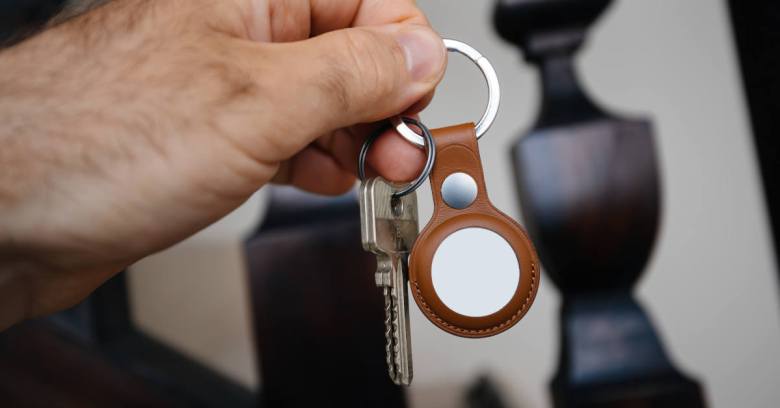 Earlier this week we wrote about a jailbreak hack against Apple’s newly introduced AirTag product.

In that story, the researcher @ghidraninja was able to modify the firmware on the AirTag itself, despite the anti-tampering protection implemented by Apple’s own AirTag firmware programming.

But this “attack” (if that is the right word) is different, because it doesn’t involve modifying or cracking the AirTag itself.

Instead, it involves using the AirTag protocol on a Bluetooth device that doesn’t have internet connectivity in order to “trick” (if that is the right word) nearby Apple devices into sending data over the internet on its behalf.

(But with some spectacular limitations on bandwidth and latency,as we shall see below.)

In the paper describing the hack, the device used was a cheap and easily programmable ESP32 Bluetooth/Wi-Fi chip commonly used in IoT devices and readily available from hobby electronics websites.

Fabian Bräunlein, the researcher who came up with this proof of concept. has dubbed it Send My.

That’s a pun on Apple’s own Find My service by which AirTags “call home” when they’re lost, even though they don’t have internet connections of their own.

What your AirTag tells the world

…Bräunlein wondered if the process could be subverted by a Bluetooth-based non-Apple chip, using Apple Find My reports as Send My transmissions instead.

Greatly simplified, AirTags let themselves get tracked something like this:

That’s all the AirTag does: spray-and-pray.

If any internet connected Apple device such as an iPhone or MacBook is in range and just happens to receive AirTag HERE-I-AM messages, it acts as a relay and completes the delivery of each message as follows.

Bräunlein describes this as an “elegant design” with some useful privacy and security properties.

Firstly, AirTags don’t need unique identifiers that get transmitted every time, because the ID they use is simply one half of an ever-changing cryptographic public-private keypair.

Secondly, neither the Apple device that relays the message for free on the AirTag’s behalf nor Apple itself ever know any of the private keys used.