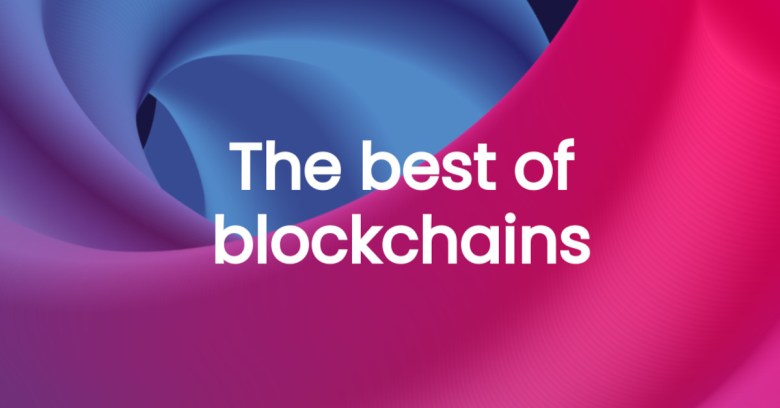 This week, cryptocurrency company Wormhole lived up to its name by exposing an exploitable vulnerability that apparently allowed cybercriminals to run off with an eye-watering 120,000 Ether tokens.

You’ll find mention of this cyberheist on Wormole’s Twitter feed (@wormholecrypto), under an apparently un-ironic heading that describes the company’s business as:

As pointed out by Elliptic, a company that offers blockchain analytics to assist with compliance, the Wormhole team tried the same trick that was used by cryptocoin company Poly Networks when it was defrauded of more than $600,000,000 in August 2021.

The company apparently asked the crooks nicely, in a comment embedded in zero-value Ether transaction aimed at the criminals, to give the money back: 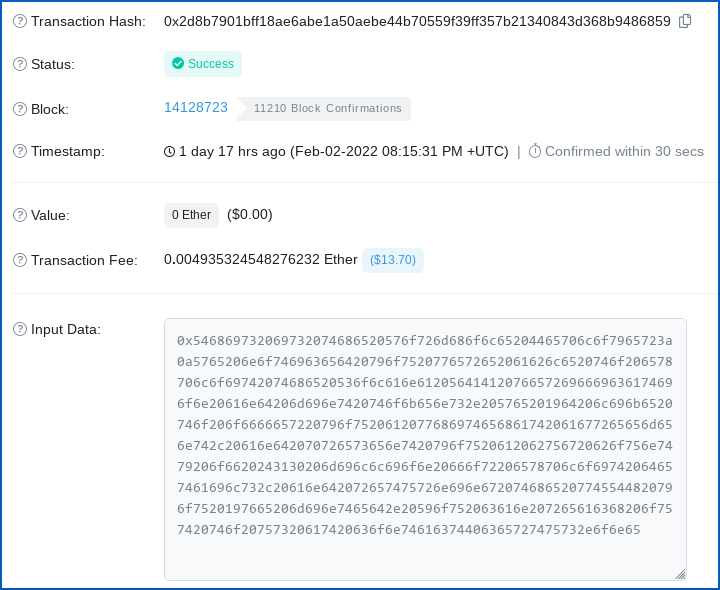 Printing out the input data above in ASCII text instead of as hexadecimal codes reveals an apparent offer to redefine the criminals as bona fide researchers and pay out a $10,000,000 bug bounty…

…if the crooks were to reveal the exploit they used:

We’re sure that anyone who thinks that ransomware payments should be illegalised – and there’s a vocal minority who think they should – will be aghast at this sort of retrospective offer to “give the money back and we’ll write the whole thing up (and off) as legitimate security research”.

Nevertheless, you can understand why a company in Wormhole’s desperate position might make the offer, even if it’s hard to imagine at first thought why crooks who had already – and apparently anonymously – made off with $340,000,000 would waive their anonymity in exchange for a fraction of the amount.

In the Poly Networks hack, the ruse seemed to work: the alleged hacker or hackers did utlimately return most of the stolen funds, with Poly Networks referring to them as “Mr White Hat”, telling them they could keep $500,000, and offering them a role as a security advisor to the business.

SHOULD RANSOMWARE PAYMENTS BE LEGAL? AND OTHER HARD QUESTIONS…

No audio player visible below? Listen on Soundcloud directly.
Prefer text to audio? Read a full transcript instead.

Thanks, but no thanks

This time, the cybercriminals don’t seem to have come to the party.

Instead, vaguely mysterious blockchain startup Jump Crypto seems to have, hmmm, jumped in with money of its own to backfill the third-of-a-billion-sized, ahhh, wormhole opened up by Wormhole’s exploitable cryptocurrency code:

.@JumpCryptoHQ believes in a multichain future and that @WormholeCrypto is essential infrastructure. That’s why we replaced 120k ETH to make community members whole and support Wormhole now as it continues to develop.

So, according to Wormhole, “All funds have been restored and Wormhole is back up,” and, “The team is working on a detailed incident report and will share it asap.”

Not a word about the disaster, however, on Wormhole’s blog or website, which still leads unashamedly with the words THE BEST OF BLOCKCHAINS in giant text…

…albeit with an unintentionally hyper-accurate strapline underneath in tiny characters: “Move information and value anywhere.”

As the saying goes, you couldn’t make this stuff up.

So, as we did after the Poly Networks hack, where customers’ funds similarly vanished and later reappeared as if by magic, we’ll leave you with some general cryptotrading advice, rather than anything specific to this incident:

Remember that trust is quick to evaporate precisely because it is supposed to take time to gain in the first place.