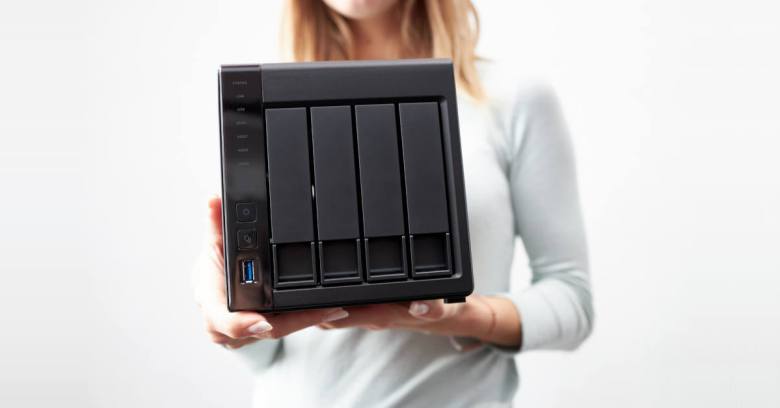 QNAP, the makers of Networked Attached Storage (NAS) devices that are especially popular with home and small business users, has issued a warning about not-yet-patched bugs in the company’s products.

Home and small office NAS devices, which typically range in size from that of a small dictionary to that of a large encyclopedia, provide you with the ready-to-go convenience of cloud storage, but in the custodial comfort of your own network.

Loosely speaking, a NAS device is like an old-school file server that connects directly to your LAN, so it’s accessible and usable even if your internet connection is slow or broken.

Unlike an old-school file server, however, the operating system and file-serving software are preinstalled and preconfigured for you, as part of the device, so it Just Works.

No need to learn how to install Linux and Samba, or to wrangle with Windows Server licences, or to specify and build a server of your own and administer it.

NAS boxes typically come with everything you need (or with disk slots into which you add your own commodity disk drives of a suitable capacity), so you need to do little more than plug a power lead into the NAS, and hook up a network cable from the NAS to your router.

No need to buy a USB drive for every laptop and desktop you own, because the NAS can be shared, and used simultaneously, by all the devices on your LAN.

Configuring and managing the NAS can be done from any computer on your network, using a web browser to talk to a dedicated web server that’s ready and waiting on the NAS itself.

Of course, the easy-to-use and ready-to-go nature of NAS devices comes with its own challenges:

(Apache is the name of a software foundation that looks after a web server project amongst hundreds of others; although many people use “Apache” as shorthand for the web server, we recommend you don’t, because it’s confusing, rather like referring to Windows as “Microsoft” or to Java as “Oracle”.)

Just over a month ago, Apache released version 2.4.53 of its HTTP Server, fixing several CVE-tagged bugs, including at least two that could lead to crashes or even remote code execution (RCE).

Fortunately, exploiting those bugs relies on features in the HTTP Server code that are not enabled by default on QNAP devices, and that you can easily turn off temporarily if you have enabled them.

The bugs and their workarounds are:

QNAP says it intends to patch its devices, promising that it “will release security updates as soon as possible”, although we don’t want to guess how soon that will be, given that Apache itself made the patches publicly available just over five weeks ago.

You can keep your eye out for QNAP updates via the company’s decently laid-out Security Advisories page.

While you’re about it, remember that it’s very unlikely that you want a NAS of your own to be accessible from the internet side of your router, because that would leave it directly exposed to automated scanning, discovery and probing by cybercriminals.

Therefore we recommend the following precautions, too: