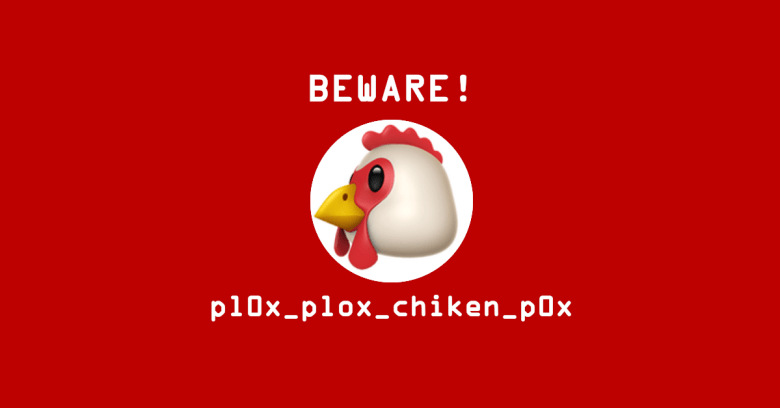 Just over a year ago, we wrote about a “cybersecurity researcher” who posted almost 4000 pointlessly poisoned Python packages to the popular repository PyPI.

This person went by the curious nickname of Remind Supply Chain Risks, and the packages had project names that were generally similar to well-known projects, presumably in the hope that some of them would get installed by mistake, thanks to users using slightly incorrect search terms or making minor typing mistakes when typing in PyPI URLs.

These pointless packages weren’t overtly malicious, but they did call home to a server hosted in Japan, presumably so that the perpetrator could collect statistics on this “experiment” and write it up while pretending it counted as science.

A month after that, we wrote about a PhD student (who should have known better) and their supervisor (who is apparently an Assistant Professor of Computer Science at a US university, and very definitely should have known better) who went out of their way to introduce numerous apparently legitimate but not-strictly-needed patches into the Linux kernel.

They called these patches hypocrite commits, and the idea was to show that two peculiar patches submitted at different times could, in theory, be combined later on to introduce a security hole, effectively each contributing a sort of “half-vulnerability” that wouldn’t be spotted as a bug on its own.

As you can imagine, the Linux kernel team did not take kindly to being experimented on in this way without permission, not least because they were faced with cleaning up the mess:

Please stop submitting known-invalid patches. Your professor is playing around with the review process in order to achieve a paper in some strange and bizarre way. This is not ok, it is wasting our time, and we will have to report this, AGAIN, to your university…

Today, open source enthusiast Steve Lacy reported something similar, but worse (and much more extensive) than either of the aforementioned examples of bogoscience / pseudoresearch.

…that turned out to be not at all what it seemed, being a cloned copy of an unxeceptionable package that was identical except for a few sneakily added lines that converted the code into outright malware.

As Lacy explained, “thousands of fake infected projects [were] on GitHub, impersonating real projects. All of these were created in the last [three weeks or so]”.

As you can see, Lacy also noted that the organisations allegedly behind these fake projects were “clones designed to have legitimate sounding names”, such that “legitimate user accounts [were] (probably) not compromised”, but where “the attacker amended the last commit on [the cloned repositories] with infected code”:

Since the commit used a real gh user’s email, the result is thousands of fake infected projects are on gh impersonating real projects
All of these were created in the last ~20ish days

According to Lacy and source code testing company Checkmarx, who grabbed some of the infected projects and wrote them up before they were purged from GitHub by Microsoft, the malware implants included code to carry out tasks such as:

Fortunately, as we mentioned above, Microsoft acted quickly to search and delete as many of these bogus projects as possible, a reaction about which Lacy tweeted:

@github seems to have cleaned up most if not all quite quickly.
Excellent response from them!

Following the outing (and the ousting) of these malware projects, the owner of a brand new Twitter account under the bizarre name pl0x_plox_chiken_p0x popped up to claim:

this is a mere bugbounty effort. no harm done. report will be released.

Pull the other one, Chiken P0x!

Enumerating your victims without consent doesn’t constitute research – the best you could call it is probably a misguidedly creepy privacy violation.

But knowingly calling home to steal private data, perhaps including live access tokens, is unauthorised access, which is a surprisingly serious cybercrime in many jurisdictions.

And knowingly installing a backdoor Trojan allowing you to implant and execute code without permission is at least unauthorised modification, which sits alongside the crime of unauthorised access in many legal systems, and typically tacks on a few extra years to the maximum prison sentence that could be imposed if you get busted.

This sort of thing isn’t “research” by any stretch of the imagination, and it’s hard to imagine any geniune cybersecurity researcher, any cybercrime investigator, any jury, or any criminal court magistrate buying that suggestion.

So, if you’ve ever been tempted to do anything like this under the misapprehension that you are helping the community…

Not that we feel strongly about it.