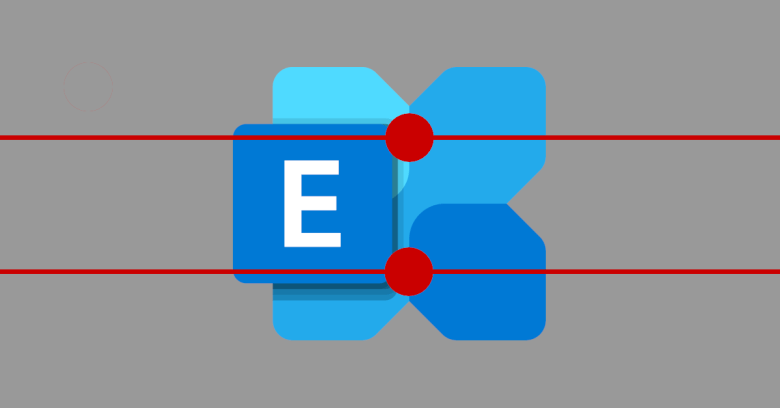 …and along comes a brand new zero-day hole in Microsoft Exchange!

More precisely, two zero-days that can apparently be chained together, with the first bug used remotely to open enough of a hole to trigger the second bug, which potentially allows remote code execution (RCE) on the Exchange server itself.

Microsoft quickly published official guidance about these vulnerabilities, summarising the situation as follows:

At this time, Microsoft is aware of limited targeted attacks using the two vulnerabilities to get into users’ systems. In these attacks, CVE-2022-41040 can enable an authenticated attacker to remotely trigger CVE-2022-41082. It should be noted that authenticated access to the vulnerable Exchange Server is necessary to successfully exploit either of the two vulnerabilities.

As far as we can see, there is a silver linings here:

Update. The original version of this article listed a second “silver lining”, based on Microsoft’s recommendation to block TCP ports 5985 and 5986 on your Exchange server to shut off what’s known as PowerShell remoting. Microsoft claimed this would “limit” attackers from chaining from the first vulnerability to the second. That recommendation has now vanished without explanation from Microsoft’s own guidance, which now advises simply that you “disable remote PowerShell access for non-admin users”. There is no indication of whether this change specifically prevents this exploit, or is just a worthwhile security change anyway. [2022-10-08T20:00:00Z]

If this attack reminds you of the ProxyShell vulnerability from about a year ago, you’re not alone in thinking that.

According to GTSC, the Vietnamese cybersecurity company that first investigated and reported these new holes, researchers “detected exploit requests in IIS logs with the same format as [the] ProxyShell vulnerability”.

Notably, the sort of threat-hunting query that we recommended for ProxyShell exploit spelunking back in 2021 seems to work for detecting abuse of these new zero-days, too:

Microsoft, too, notes that “[the detection we] created in response to ProxyShell can be used for queries as there are similarities in function with this threat.”

Of course, we don’t yet know whether the new attack can be pulled off without leaving this specific tell-tale sign in your logs.

In other words, if you find trigger signs similar to those left behind by PowerShell exploits, you probably do have evidence of an attack, but absence of these signs is not evidence of absence.

According to GTSC, in attacks they’ve investigated so far, the cybercriminals used their unauthorised RCE powers to implant and run a variety of follow-on malware, including:

We will update this article as we learn more, including reporting when Microsoft gets patches out to close these holes.

For threat hunting advice from GTSC, who discovered and reported the bugs, from Microsoft, and from Sophos, please see:

So far [2022-09-30T13:30Z], it looks as though the most important things to bear in mind are: [a] the tips and techniques you learned for hunting down ProxyShell attacks are almost certainly going to be helpful here, if not the only tools you may need; [b] despite the similarities (and notwithstanding anything you may have seen online), this isn’t ProxyShell, so your your ProxyShell patches won’t protect you from it; and [c] when patches do arrive, assume that they will be reverse engineered back into working exploits very quickly, so don’t delay in applying them.

LEARN MORE ABOUT WEBSHELLS AND HOW TO PREVENT THEM