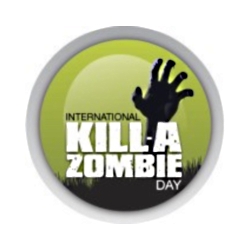 What are you personally doing in the worldwide fight against zombies?

Millions of computers around the world, in homes and business premises, are – without the knowledge of their owners – under the control of cybercriminals who commandeer the PCs to send spam, distribute malware, and commit identity theft. Billions of spam messages are sent every day, with over 99% determined to be relayed from innocent users’ computers that have been hijacked and turned into a “zombie”.

So, what can you do to help?

Good luck in the fight against zombies!